Born in Keflavik, Iceland, I grew up on a small farm in rural Ohio. When I was 16, I won a scholarship to Li Po Chun United World College of Hong Kong, where I spent the last two years of high school. From there, I headed to Pomona College and majored in Philosophy, Politics, and Economics (though I spent a fair bit of my time doing astronomy research).

I then moved to the Ph.D. program in Philosophy at the University of California, San Diego, planning to work on contemporary political philosophy. My interests gradually shifted to Chinese philosophy, and, after getting an MA, I transferred to the University of Michigan’s Department of Asian Languages and Cultures.

After receiving a second MA, I took advantage of a Blakemore Freeman Fellowship to study classical and modern Chinese at Tsinghua University in Beijing. Due to the Blakemore Foundation’s amazing generosity, I was able to extend my grant and spend an additional year at National Taiwan University in Taipei.

As the University of Michigan no longer had anyone working on Chinese philosophy, I transferred again, this time to the University of Utah’s Department of Philosophy, to work with Eric Hutton. My dissertation looked at the political philosophy of Xunzi 荀子 and Han Feizi 韓非子 and attempted to demonstrate why certain of their ideas are live options for us today and could benefit contemporary political philosophy.

After finishing my PhD, I taught at Santa Clara University for a year, before heading back to Asia. I first took up the position of assistant professor of philosophy at Underwood International College, a liberal arts college within Yonsei University in Seoul, South Korea. Then, in 2012, I returned to my old stomping grounds in Hong Kong, to help develop their Center for East Asian and Comparative Philosophy at City University of Hong Kong. During my time at CityU, I had the opportunity to spend a very pleasant sabbatical as a Visiting Fellow in the Philosophy Programme at Victoria University of Wellington.  Then in 2018, I moved across the street to Hong Kong Baptist University. 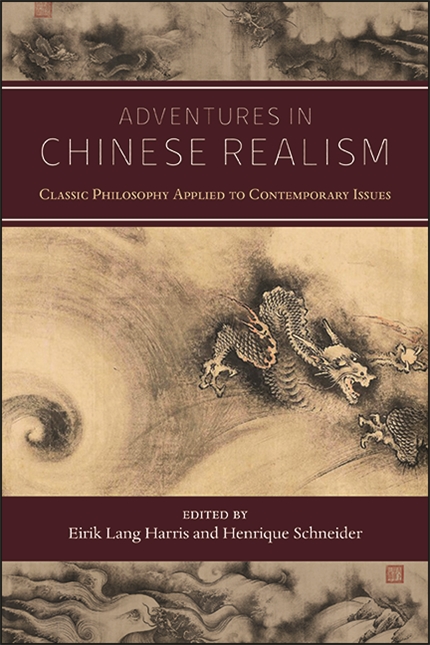